Industrial communications – the backbone for Industry 4.0

Industry 4.0 is a much-hyped buzzword aiming at comprehensive digitalization of factories and the entire industrial ecosystem. Its roots, however, date back some 50 years to the introduction of information technology in industrial automation. The corner stone that made this development possible is communication, in particular a long series of stepwise improving networks for automation. With the recent introduction of Internet of Things and Cyber-Physical System concepts in industrial application scenarios, automation is again undergoing a tremendous change. This is made possible in part by recent advances in technology that allow interconnection on a wider and more fine-grained scale. This keynote will review technology trends like IoT, next generation Ethernet, 5G mobile networks, cloud and edge computing, and their impact on industrial automation. Specifically, it will shed light on the paradigm shift that these technologies enable to make Industry 4.0 indeed revolutionary, but also discuss associated challenges for practical use.

Thilo Sauter (M’93–SM’09–F’14) received the Dipl.-Ing. and Ph.D. degrees in electrical engineering from TU Wien, Vienna, Austria, in 1992 and 1999, respectively. Until 2003, he led the Factory Communication Group at the Institute of Computer Technology. From 2004 to 2013, he was the Founding Director of the Institute for Integrated Sensor Systems at the Austrian Academy of Sciences. Since 2013, he has been with the Department of Integrated Sensor Systems at the Danube University Krems, Austria, and a tenured Associate Professor for automation technology at TU Wien since 2014. His expertise and research interests include embedded systems and integrated circuit design, smart sensors, and automation and sensor networks with a focus on real-time, security, interconnection, and integration issues relevant to cyberphysical systems and the Internet of Things in various application domains such as industrial and building automation, smart manufacturing, or smart grids.

Dr. Sauter is the Vice President of the Austrian Association for Instrumentation, Automation, and Robotics, member of the Board of the Austrian Electrotechnical Association, Senior AdCom Member of the IES, and Treasurer of the IEEE Austria Section. He was chair of the IEEE IES Technical Committee on Factory Automation from 2010-2011. He is author or co-author of more than 350 scientific publications and has held leading positions in renowned IEEE conferences, such as Program Co-Chair of WFCS 2004, ETFA 2005 and 2014, ISIE 2010, INDIN 2019, and General Co-Chair of ISPCS 2007, WFCS 2008, 2010, 2012, 2015, 2016, ETFA 2020, and INDIN 2021. He is currently Vice-President for Publications of the IES, past Editor-in-Chief of IEM, and AE for TII and IEEE Sensors Journal, and has been Guest Editor for a number of Special Sections in various IEEE journals. Moreover, he has been involved in the standardization of industrial communication systems for more than 20 years. 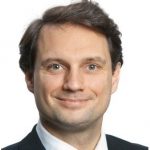 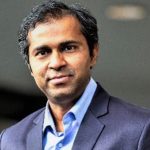 We use cookies in order to better understand how this site is being used. By continuing to use the site, you agree that is OK. Learn more.